Editor’s note: This is a guest post from Brett Oblack of Step 1 Minimalist. 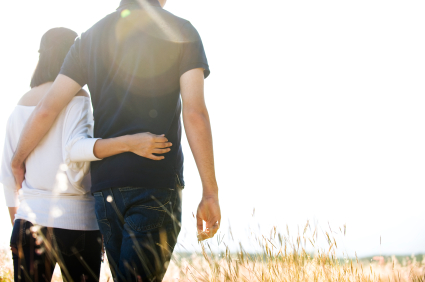 “Marriage is not a word – it is a sentence.” – King Vidor

This week marks my third wedding anniversary, which also happens to be roughly my third year of following a minimalist lifestyle. The two are very much connected for me.

In the weeks before I got married, I had a bit of a panic attack. No, not the kind you see in romantic comedies where the groom sneaks out a window on his wedding day and runs off. My attack occurred during a moment of clarity when I realized that I needed to get my spending under control or it would cause a serious rift in my upcoming marriage. I sat down at my computer and began listing my debts versus my assets. The result was not that cheery. Right then and there, I cut up my credit cards and decided to stop buying so much useless stuff.

This was before I had read anything about the minimalist movement and I certainly had not applied that term to it in my head. But there I was, promising myself to spend less in order to create a happier life and a successful and happy marriage. Since that day, I have become more and more dedicated to pursuing a minimal lifestyle and it has continued to benefit my marriage in many ways.

Here are five ways minimalism has helped us create and maintain a stronger marriage:

I’m certainly not claiming that my marriage is perfect or that I have all the answers. But I do truly believe that any marriage can benefit from adopting and applying the basic principles of minimalism.

Brett Oblack is the author of Step 1 Minimalist, a blog about focusing on priorities and goals and not spending money on useless crap. And today, he is celebrating his third anniversary. Congratulations.