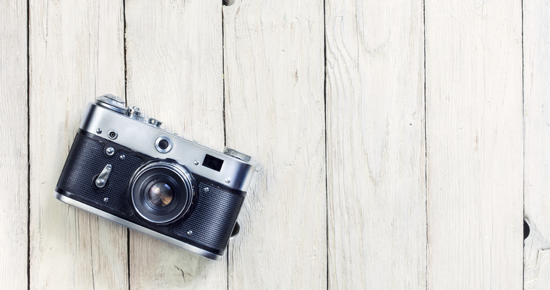 “Act as if what you do makes a difference. It does.” – William James

It is not untypical for me to make annual reviews of the Becoming Minimalist blog. I find them personally helpful as they force me to intentionally evaluate the history, growth, and vision of this website which has become so important to me and the readers it serves. Additionally, the review posts are helpful for readers (especially recent followers) as they concisely communicate the background and most important posts which have helped shape the existing website they have discovered. Seeing as how this weekend represents the exact mid-point of 2012 and considering how much can change in one year, today seemed like a great opportunity for my first mid-year update.

Becoming Minimalist remains true to his goal of inspiring others to find more life by owning less. It continues to challenge me and its readers to seek higher passions than the pursuit and collection of worldly possessions. After all, the best things in life are not things.

The continued, steady growth of Becoming Minimalist makes these updates energizing. Often times I receive e-mails from readers seeking permission to reprint entire articles in off-line newsletters and publication. My response is always the same, “Absolutely, please do. I write for the purpose of the words being read. And the more who read the words, the better… regardless of where they find them.” My hope is the words on this website will be read widely and inspire many to find more life by owning less. And for that reason, I find the growth entirely motivating and look forward to sharing with you some of this site’s growth over the past six months:

A heartfelt thanks to each of you who read the blog regularly. And sincere appreciation to anyone of you who have shared its message via blog posts, Facebook updates, tweets, pins, or good old-fashioned emails. Every time you share this blog with your circle of influence (whether it be on a social network or over a cup of coffee) you open up the life-giving message of intentionally owning less to a brand new audience – an audience who trusts you far more than they trust me. And for that, I can’t thank you enough.

Thus far, the most popular posts from 2012 include:

While some of my personal favorites include: 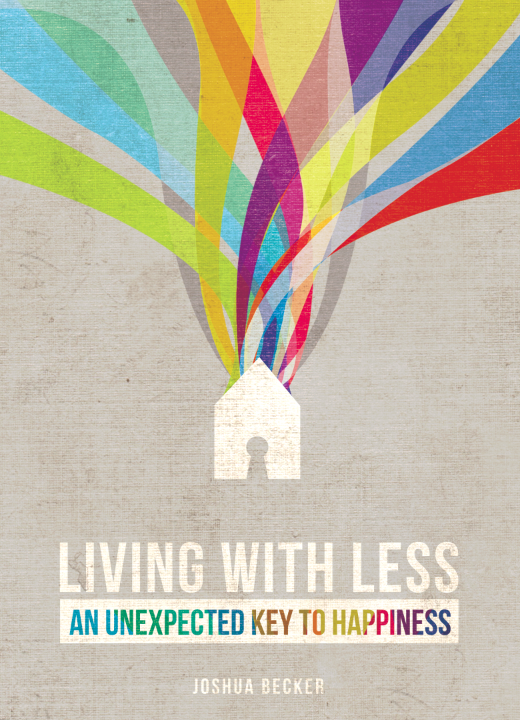 Those who are closest to me know much of these past six months have been dedicated to the creation of a brand-new book, Living With Less: An Unexpected Key to Happiness to be published by Group Publishing, a Colorado-based publishing house. The book is scheduled for a mid-August release date.

Needless to say, you’ll be hearing more details about the book and its launch in the coming months. But here’s the first sneak peek: Living With Less is written primarily for teenagers and young adults (ages 12-22) and is desperately needed. For the past 13 years of my life, I have worked with teenagers encouraging them in both their personal and spiritual journeys. One of my greatest desires is to help students realize at a young age there are far more important investments they can make with their lives than the pursuit of worldly possessions.

This book helps accomplish that purpose and approaches living with less in a way I have not seen before in any book targeting teenagers and young adults. Don’t hear me wrong, I have read countless books articulating the evils of materialism, but never have I picked up a book for students that clearly articulates the practical and life-giving benefits of owning less… until this one. I believe Living With Less has the potential to completely reframe the argument as it boldly declares the benefits of minimalism rather than the evils of materialism. Its approach is encouraging, inspirational, and practical.

Group Publishing is a Christian-based organization. On this blog, I rarely venture into specific religious philosophies. But in the book, I go into great depth. The book finds its foundation in the specific teachings of Jesus on the topics of money and possessions. My hope is that those who are not familiar with the specifics of Jesus’ teachings on money and possessions will be introduced to them, while those who are already exposed will begin to see His words in a new light. While Living With Less: An Unexpected Key to Happiness is based on my previous book, Simplify, this spiritual aspect of the material will set it apart completely from anything else I have written prior.

More details will be made available in the coming months… or should I say weeks. I know full-well that I’ll need your help in spreading its message.

World Domination Summit. Portland, OR. I’m excited to be co-presenting a seminar with Joshua Millburn and Ryan Nicodemus at the World Domination Summit hosted by Chris Guillebeau next weekend in Portland. The seminar is titled “How Minimalism is Changing the Entrepreneurial Landscape.” And while I have presented numerous times in numerous venues the minimalist lifestyle and its benefits for all, this is the first specific opportunity directed towards entrepreneurs. It presents how minimalism can help aspiring entrepreneurs fulfill their dreams of making a living following their passion. Registration is closed.

Okoboji Lakes Bible Conference. Okoboji, IA. On Sunday morning, August 5th, I’ll be presenting minimalism at the Okoboji Lakes Bible Conference. My desire is to make the argument that Jesus was right all along when he called his followers to sell their possessions and give to the poor – that his teachings in that respect are not words to be feared or reasoned away, but are to be accepted as a better way to live life. Registration is open and free. Come join us if you happen to be in Iowa this August.

Earlier this year, I explained my rationale for setting out to read 52 books in 2012. While I did not necessarily intend to give updates on my progress (I just meant the post as an opportunity to challenge others to read more), the mid-point of the year does seem like a good opportunity for an update.

Currently, I have read 17 books in the first 26 weeks of the year. Here’s the list in no particular order:

Looks like I better pick up the pace a little bit. That is, unless I count the 6 or 7 Junie B. Jones books I’ve read to my daughter… then I’d be right on schedule.

Whether you have been reading Becoming Minimalist for one week, one month, or one year, welcome and thank you. The past 6 months have been exciting and fruitful. We look forward to more of the same during the second half of the year. We would love to have you along with us. You can subscribe to updates via e-mail or rss feed. Either way, rest assured this blog will stay true to its core message: there is more joy to be found in owning less than can be found in pursuing more.