Editor’s Note: This is a guest post by Corey Allan of Simple Marriage. 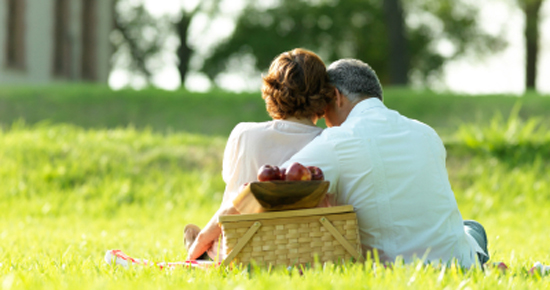 “The single biggest problem in communication is the illusion that it has taken place.” – George Bernard Shaw.

You’re surfing the blogosphere and you stumble across several sites on minimalism and simplification. Something in the message resonates deeply in you and you find yourself prepared to overhaul your home and life. Then the thought hits you, your spouse will never go for it.

For starters, remember that every relationship has conflict. And every marriage has conflict as well, which is why knowing how to communicate with your spouse is so important.

John Gottman, one of the leaders in the field of marriage research, has discovered that the majority of marital conflicts are perpetual. They’re continual and repeated. In fact, 69% of all marital problems fall into this category.

There are many areas in a marriage where you’re simply not going to agree. Here are a few:

I believe the answer is yes.

The key is to continually work it out and grow up. Acknowledge the problem and talk about it. Your love for each other doesn’t have to be overwhelmed by your differences.

In unstable marriages, elephants are likely to kill the relationship. Instead of coping, the couple gets gridlocked. You have the same conversation over and over, resolving nothing. You’re spinning your wheels. And since you’re making no progress, you both feel more frustrated, hurt or rejected. When this happens, resentment moves in and humor and affection leave – so does simplicity and passion.

Problems in marriage will happen. How you address them is up to you.

Here are some ways to communicate better with your partner or spouse when you don’t see eye to eye:

One of the main things I see in couples on the verge of marital collapse is a lack of respect. When you reach a point where you no longer like each other, you’re in trouble.

“Respect is defined as not trying directly or indirectly to change anyone.” -Thomas Fogarty

Sadly, we often treat common strangers with more respect than people in our home. Respect is one of the key factors to a successful and happy marriage — respect for those around you, and most importantly, respect for yourself.

To define yourself means you have a deeper awareness and understanding of your beliefs, wants, needs and desires. Marriage is a great place to clarify these things in your life – mainly because that’s the way marriage is designed.

You live with another person who has his or her own view of the way things should be, just like you. For example, in your family of origin, tables may serve as great places to store piles of mail, magazines, and kid’s artwork. But your spouse’s family of origin believes tables are great places to eat dinner together, so they need to be free of clutter.

Neither way is necessarily “right,” just different. You are allowed to live life the way you choose, but so is your spouse.

One thing to keep in mind — if you’re over-functioning for someone, you are under-functioning for yourself. When you are faced with something you want to change, and have a spouse that isn’t on the same page, it’s best to initiate a discussion about the change.

Share your thoughts – openly listen to theirs. It’s very likely that together, you will be able to come up with a solution.

4. Live by what you hold dear.

When you are faced with a situation where you and your spouse aren’t on the same page, live according to your own integrity and values.

If you want to simplify and your spouse doesn’t, simplify your life.

You want to eat healthy and your spouse only wants fast food? Eat healthy.

I’ll leave you with this: At the end of the day, all you are responsible for is you.

Corey Allan writes at Simple Marriage where he helps couples create better marriages by keeping things simple. You may also enjoy following him at Twitter.