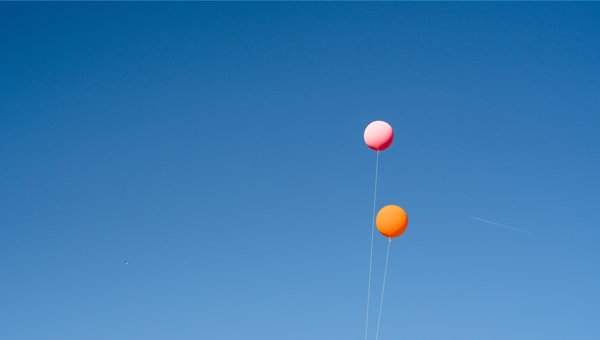 When decluttering expert Marie Kondo published her ground-breaking book, The Life-Changing Magic of Tidying Up, hordes of grateful, stuff-encumbered readers around the world seized particularly on her question “Does it spark joy?”

That was the criterion Kondo proposed for deciding whether to keep something. Does an item in your possession give you a little thrill when you hold it in your hands? If so, hang on to it. If not, then So long, mustard-colored cardigan with the leather buttons.

Suddenly, it seemed like everyone who was flirting with the notion of decluttering their homes began talking about joy-sparks. Surely, in Kondo’s simple question was the razor to slice through indecision about what to keep and what to toss when pursuing a simpler lifestyle.

Let me begin by saying that, to me, any voice calling us to own fewer possessions is a welcome voice.

In America, we consume twice as many material goods as we used to 50 years ago. Over the same period, the size of the average American home has nearly tripled, and today that average home contains about 300,000 items.

Most homes contain more televisions than people. About 25 percent of two-car garages don’t have room to park even one car inside them, and still one out of every 11 American households rents off-site storage—the fastest-growing segment of the commercial real estate industry over the past four decades. Meanwhile, home organization, trying to find places for all our excess belongings, is now an $8 billion industry.

We’re at material overload and it isn’t fun like it looks in the commercials.

We live in a society where families are chronically stressed, tired, and rushed, with our excessive possessions compounding (if not creating) the problems. IKEA chief Steve Howard may have let a secret slip when he said that in the western world we’ve reached “peak home furnishings.”

My family became converts to minimalism in 2008 after I wasted a beautiful Saturday morning cleaning out my garage, and a neighbor, seeing my frustration, made the casual comment “Maybe you don’t need to own all that stuff.” As I surveyed the heap of dusty things piled up in my driveway, out of the corner of my eye I noticed my son playing alone on the swing set in the backyard. And right then I had a life-changing realization:

Excess possessions do not bring extra happiness into life; even worse, they distract us from the things that do!

Today we live in a smaller house with only a third of the possessions we used to have. And we couldn’t be happier now that we have more money, more time, and more energy for the things that matter most.

Along the way, I’ve seen how Kondo’s trademark filter has prompted significant decluttering efforts both here and abroad. I’m thankful for that. Yet I can’t help but bristle at the phrasing because the question “Does it spark joy?” may actually rob tidying up of its fullest potential in our lives.

Specifically, we get three things wrong when we evaluate our possessions only by asking whether they spark joy or not.

1. We place our own happiness above everything else and continue to define it in terms of our possessions. Unfortunately, when the predominant question in our mind is “Does this make me happy?” we routinely fall short of actually realizing our happiness. In fact, recent research points to the biological fact that the best way to discover happiness is to help bring it about in someone else’s life.

2. Kondo’s suggested focus does not cull our consumeristic tendencies. Owning less is great, but wanting less is even better. Once we overcome the pull of consumption in our lives, we are free to pursue other passions. Unfortunately, the question “Does it spark joy?” does little to rewire our thinking in that regard. After all, when we’re standing in the department store, many things we pick up spark joy. That’s why we leave with so many of them in our shopping carts.

3. The filter may improve the peacefulness of our surroundings, but it does little to bend the trajectory of our lives. It rarely causes us to evaluate the motivations within that caused the clutter to build in the first place. And when we do not diagnose the cause of our clutter problem, we are bound to repeat it.

So let me propose an alternative question for us to ask ourselves when we’re making the hold/release call on any particular item in our possession. Rather than asking, “Does it spark joy?” let’s begin asking:

Does it help me fulfill a greater purpose with my life?

As I see it, we should be thinking about not just what we own but why we want to own it. What is our goal in life, anyway? What are we hoping to accomplish?

Sure, some people may only be interested in the pursuit of personal pleasure by acquiring as much stuff as possible, but I believe they represent a small minority. Instead, most of us desire to make a selfless contribution of some kind to a world that’s swelling with needs.

Two years ago, my wife, Kim, and I created a nonprofit called The Hope Effect that is changing orphan care by providing solutions that mimic the family. We would never have pursued this interest of ours if minimalism hadn’t freed up the time and money to do it. I’d still be spending my Saturdays cleaning and organizing. But today our lives are permanently different, and so are the lives of a growing number of parentless children around the world.

Orphan care is not everybody’s passion. But whatever others feel they were put on the planet to do, some of their possessions are either directly or indirectly helping them accomplish it, while others are holding them back. It makes the best sense to keep what aligns with their goal in life and get rid of the rest.

So when you’re holding one of your possessions in your hands, ask yourself, Does it help me fulfill my purpose? Does it help me craft a lifestyle in which I am able to build relationships and care for others, or might I be able to use my time, money, and energy in better ways?

Clear away obstacles one by one. Then advance toward your goal.

There’s a big difference between tidying up your home and freeing up your life. Instead of merely sparking some joy within yourself, light a fire in the world.