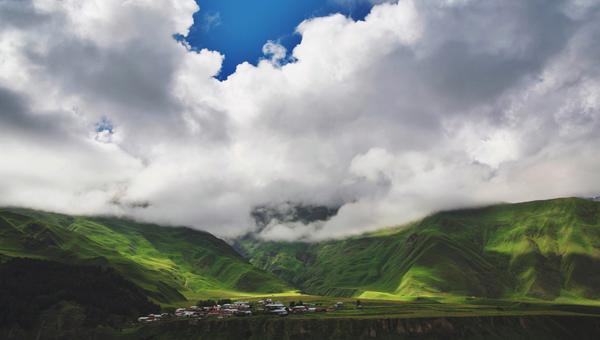 Recently, I heard the story of Julie Andrews losing her singing voice after a botched throat surgery.

For those of you not familiar, Julie Andrews grew up very poor in London. But she gained great renown in Great Britain and throughout the world because of her singing and stage performances.

At age 13, Julie became the youngest soloist to perform for the king and queen. By age 18, she was performing on Broadway. At 22, she starred as Cinderella in a live CBS television broadcast seen by 107 million people. At age 29, she won the Academy Award for Best Actress for her role as Mary Poppins. And two years later, she starred in The Sound of Music, the biggest hit in the history of 20th Century Fox.

Her career would continue: music, stage, film, television, and activism.

But everything changed when Julie Andrews woke up from a botched throat surgery in 1997 to discover her singing voice was gone.

In an instant, adversity struck. The famous, four-octave soprano voice that she had built her life upon was gone. In her own words, she had lost “her identity.”

She recounts the story during her 2013 Commencement Speech at the University of Colorado. In the midst of the adversity of losing her singing voice, she recalls turning to her daughter and asking, “What am I going to do now?”

Her daughter’s response was the one we all need to hear from time to time. She turned to Julie and said, “Mom, you’ll simply need to find a new voice.”

Since that time, Julie and her daughter have written over 30 children’s books—many of which have been adapted for stage, film, and the symphony. She has also written a memoir of her childhood, Home: A Memoir of My Early Years. And she has continued to star in acting roles on film and television.

She is the epitome of somebody who “found and embraced a new voice.”

I was encouraged by her story.

It has been said that the only constant in life is change. Change is inevitable, it happens for each of us.

But some changes in life do not seem for the better. My relative who lost his job. My two close friends recently diagnosed with cancer. Our close family friend’s recent divorce. Or my neighbor who buried his daughter at far too young an age. In each case, change has brought heartache and pain—through no fault of their own.

If you are experiencing adversity today, I don’t know if you need some encouragement. Nor do I know if you’d look for me to provide it.

But let me say one thing: You will prevail. You will overcome.

And not only that, you may just find a brand-new voice in the world as well.