Note: This is a guest post by Britt from Tiny Ambitions. 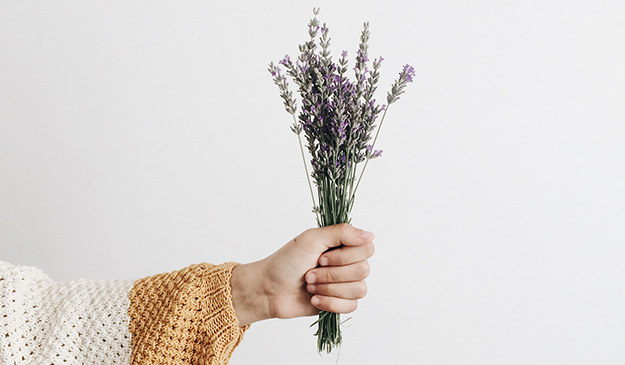 It’s weird to think I’m already six months into my year-long shopping ban, which means I’ve spent the last six months not buying anything other than the essentials: rent, food, and toiletries.

Is that radical? Some people might say yes, but I don’t think so. It was simply a reaction to my life situation.

Owing to an uncharacteristically spendy December (thank you, unexpected car repairs), I needed a refresh. I had felt the slow creep of my compulsive shopping tendencies start to slip back into my life.

It was time for a change.

After six months on the no-buy train, I’ve learned a thing or two about myself, my consumption habits, and the process of shopping bans themselves.

It shouldn’t be controversial for someone to say “I’m not going to buy anything I don’t truly need for x number of days”.

Perhaps it just sounds radical because we’ve been conditioned to believe we need new “stuff” all the time, but really, we know that isn’t the case. It’s just clever marketing disguised as sage wisdom.

We’ve gotten to a place where over-consumption is normalized. It’s normal to own 300+ pieces of clothing. It’s normal to live in a house that is twice the size of what we actually need. And, of course, it’s normal to go into debt to keep up with the Joneses.

When consumption is viewed in these terms, it’s easy to see why embarking on a shopping ban of any length could be considered extreme. It’s so far outside the norm for most people.

I Have More Than Enough

This comes from an absolute place of privilege, but in no time over the last six months have I felt like I was lacking an item. I never felt like I didn’t have exactly what I needed, or I couldn’t make it work with what I had.

Because I knew I had to use my stocks of consumables, like toiletries, before I could replace them, it was easier for me to appreciate what I had. There was no easy gratification option.

Since I knew I couldn’t buy anything, I actually started to notice all of the “stuff” I did have in my life.

This is especially true for the cosmetics and personal care products we use on a daily basis. I never realized how many tubes of deodorant or body lotion I had in my bathroom cupboard until I started the ban.

I haven’t had to buy a new deodorant or lotion since January, and I suspect I won’t have to for a while. (I also discovered I had a stash of seven toothbrushes—in a two person house. How many mouths do I think I can brush at once?)

When undertaking any sort of lifestyle change, it’s initially easy to view desires from a perspective of lack. “Why don’t I have this new, trendy dress?” “Why do I have to drive such an old clunker?” “I need this new shining possession to fulfill my life.”

Based on my experience, that mindset changes once you realize how much you do actually have in your life. All you have to do is stop to notice it, instead of moving onto the next sparkling item when the opportunity presents itself.

This kind of scarcity mindset is pervasive, and one that needs to be kept in check as often as possible.

Are you buying this item because it’s on sale? In the case of my seven toothbrushes, absolutely. But here’s the thing we always forget—if it’s on sale now (when you don’t need it), it will probably be on sale again (when you do actually need it).

This is another surprising outcome of my shopping ban. Rather than helping me reduce my focus on the stuff in my life, it has actually amplified it. Everything I own now exists under a microscope, waiting for me to decide how and if I can better utilize it in my life.

I don’t think that’s a bad thing. Being hyper aware of everything I own will help me make better consumption decisions in the future.

DIY Is An Essential Skill

I don’t know if it’s because of the shopping ban or if it is entirely coincidental, but I’ve had to repair a lot of my clothes over the last six months. My long underwear, cardigan, winter socks and yoga pants all developed holes.

None of these repairs were very hard. I grew up sewing and quilting with my grandmother, used to make most of my own clothes, and even took fashion design in high school.

However, being self-sufficient at something, even if it’s just something small like mending holes in clothes, is a really good feeling. And, it’s an indispensable skill when you’re trying to reduce your consumption.

If I didn’t have these skills, I would have had to replace those items of clothing (or do without). Sewing for the win!

What? A minimalist who actually likes “stuff”? That can’t be right.

About one month into my shopping ban, I went into a local thrift store with my partner who was shopping for some work clothes. As soon as we walked into the store, I knew I was in trouble. Everything called out to me.

The vintage hard-sided luggage oozed of adventures once taken. Old kitchen appliances harkened back to delicious meals shared among friends.

That’s when I realized it. I love old stuff.

I love imagining the lives of the people who used to own these treasures. Each item is full of history and stories—a time I’ll never be able to experience.

This small trip to the thrift store helped me clarify exactly why it is I love certain things. And, I think that’s ok. There’s nothing wrong with loving any kind of “stuff.”

I’m a minimalist, not a soulless robot.

Certain things move me. Vintage, well-worn, beautiful curiosities are some of those things.

Now that I know this about myself, I can reshape my buying tendencies post-shopping ban to re-align with my values. As much as I can, I’ll continue to replace my possessions with second-hand items when the time comes.

Shopping Bans Are Not That Hard

When I first announced my ban, so many of the comments I received were from people who never believed they would be able to undertake such an extreme challenge in their own lives.

While I have had my fair share of temptation over the last six months (I am a reformed shopaholic, after all), once I got to the place where I knew a shopping ban was something I needed to commit to in order to get myself back on track, it has been relatively easy to stay the course.

If you don’t think you would survive a shopping ban, let me assure you, you absolutely would. Give yourself a little more credit. You can do anything you put your mind to.

Britt blogs at Tiny Ambitions. She is a minimalist, a simple living advocate and a tiny house enthusiast. You can also find her on Instagram sharing pictures of her adorable, cross-eyed rescue cat.