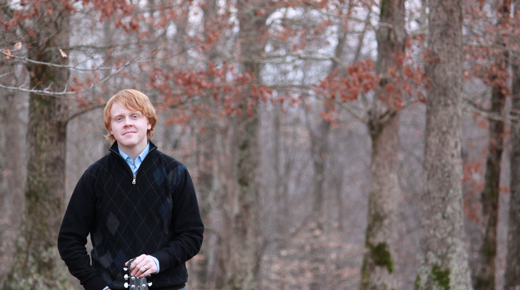 “Most people don’t realize that the thing they dream of doing is closer than they think.” – Jeff Goins

I was first introduced to Jeff Goins on Twitter when a tweet from a friend led me to his blog. After clicking through, it took roughly 30 seconds for me to realize how much Jeff and I have in common. We both have young families, work full-time jobs, and write/blog on the side, among others. More importantly, I noticed Jeff was offering valuable material for his readers – providing both inspiration and practical tools for them to become better writers. His writing began inspiring me as well.

So when he wrote a book about the writer’s life, I was anxious to dig in and be encouraged. After reading the book, I looked Jeff up and asked for an opportunity to further explore some of the concepts in the book. And I’m positive if you are a writer (or aspiring to be one), you’ll enjoy the resulting conversation:

1) For Becoming Minimalist readers who are not familiar with your story, can you give us the quick sketch in less than 4 sentences?

Sure. Here goes: I used to write a lot but didn’t consider myself a writer, so I used words like “aspiring” and “wannabe” to minimize my own gifts — mostly because I was scared. Then one day, a friend said, “You are a writer; you just need to write.” So I did, and before I realized it, I had an audience and a book deal.

2) Thanks, why did you decide to write You Are a Writer: So Start Acting Like One? And what are you hoping to accomplish with it?

Really, I just wanted to tell my story. I wanted to create something short and impacting that I could point people to when they asked, “How do you become a writer?” Now, I can share with people what I believe is one of my most important messages: If you’ve written, then you’re a writer. Time to start acting like it. My hope is people will read it, make that bold declaration in calling themselves a writer, and then start taking their skills more seriously.

3) Your book is founded on a simple theme, “The journey of becoming a writer begins with a simple but important statement of belief: I am a writer (hence the title of the book).” What are the biggest reasons people who would love to become writers fail to believe this about themselves and subsequently neglect to pursue their dreams?

Fear. It’s always fear. Fear of failure, fear of rejection, fear of being ourselves. I find that for me one of the reasons I’m afraid to own my gifts is because there is responsibility that comes along with such ownership. I tell people it’s because I don’t want to appear haughty, but really I’m afraid of doing the work — and then failing. Better to just not try and never get disappointed, or so the rationalizing goes.

4) Your book strikes an intentional balance concerning both the positives and negatives of writing as a profession. At one point, you write, “This is the difference between professionals and amateurs. Pros are always looking for a chance to get better, to improve their craft just a little bit more.” What specific, helpful advice would you give to a new writer who desires to improve their skill?

This is simple, and you’ve heard it before, but there’s no other way to say it: Show up. Most amateurs I know (and to be clear: being an amateur is simply a mindset, as is being a professional) say they struggle with knowing what to write, or feeling confident, or having an outlet to publish their work. All of those are excuses, justifications for stalling. Most pros I meet (real full-fledged authors) struggle with those same doubts; they just don’t let that stop them. They get up every morning, sit at the desk, and just start typing. If you want to get real, you’re going to have to do the same.

5) You work full-time, you’ve got the young family, you blog 3-4 times per week, you write plainly about the hard work that goes into writing, and yet you were still able to launch and build a very engaged writing platform. Quite impressive. How do you find your balance in life? Are there any specific habits you have put in place to keep you successful in each of your endeavors?

Personally, I don’t believe in balance. If I had to pick a “thing” that I believe in, it would be harmony — the idea that over time, there is a rhythm of life we must fall into. I treat my life as a series of seasons, and for the past year, I’ve been building a writing platform. That meant saying “no” to a lot of really good things that weren’t writing. Now, I’m entering a season of being a father, which I’m sure will have its own series of “no”s associated with it.

I’m not very disciplined and am pretty terrible at commitment, but if there’s one habit I’ve learned it’s this: You have to focus. You don’t have to do something every day for the rest of your life in order to be good at it. You really only have to do it for a concentrated amount of time. It’s like working out: if you do it several times a week for 30–60 minutes, you’re going to get good. Writing is the same way. It only took me eight months of writing like a maniac to get a book deal. Most people don’t realize that the thing they dream of doing is closer than they think. It’s just a matter of dedicated practice.

6) You encourage your readers to build a community online that focuses on building people rather than counting numbers. And I LOVE that distinction (I wish I had written it). Why do you think we have such a tendency to show more concern tracking statistics rather than making friends? And how did you go about turning that corner in your own life?

I think it’s human nature. The desire to compete. To try to measure up. We can’t help it. At very least, it’s a result of capitalism (which is a great thing) and consumerism (which is not such a great thing). In the U.S. (where I live), we’re taught to aspire and achieve, to make things. However, very few people talk about enough. That’s the deceit of chasing numbers: you never know when enough is enough.

I don’t know that I’ve turned a corner; it’s a daily struggle. However, I was fortunate enough to have an article go viral, getting over 50,000 page views in a single day (it’s been shared over 90,000 times on Facebook). After that, I didn’t have anywhere to go but down. It would’ve been insane to try to reproduce that kind of traffic the next day and the one after. But for awhile, I struggled with that. Then, I saw it for the liberation that it was. I had seen the top and still didn’t feel satisfied, so I realized I must need to create for another reason.

7) You own quite a list of well-known writers who have endorsed your work (Seth Godin, Michael Hyatt, Darren Rowse, Sarah Mae). And I’m glad to see you give practical advice in your book about how to build your platform by approaching influencers (or as you call them, patrons). What encouragement would you give to somebody who thinks they could never get the attention of someone so well-known in their niche?

Most people (especially online) are more accessible than you realize. You just have the courage to ask and the sensitivity to care. Pay attention, be patient, and don’t give up — that’s the formula for earning influence.

8) You’ve got some interesting bundle packages that you are offering with the book. Would you care to tell us about them?

Sure. You can buy the eBook on Amazon or Barnes & Noble, but you can also get it bundled at You Are A Writer with some other goodies (like a worksheet and an audio interview I did) if you want to go a little deeper into the content. Of course, if you’re not sure you want to make the investments into one of those packages, you can always buy the eBook, then go back to add the other stuff on later. It was just my attempt at giving people a little bit more than words.

Thanks so much for the time Jeff. My hope is that aspiring writers will find motivation and meaning in this interview. And that everyone else can find inspiration in your journey to pursue their dreams as well. Best of luck in the future. Know that I’ll be cheering for you.