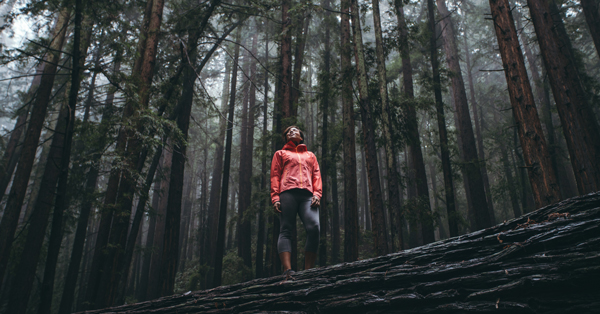 I have a beautiful friend. She is the single-parent of two equally beautiful daughters. Her husband left when the second was born with special needs.

Coincidentally, my neighbor is a single father of two. His wife left him, choosing a life of drugs over a life of responsibility.

My guess is you will never hear the names of these two amazing individuals. You’ll probably never read their blogs or follow them on Facebook. And their faces will probably never be on the cover of a magazine. But I can tell you, without a doubt in my mind, they both work harder at life than I do.

This past Saturday, I got up early to do some work on a new book. In the early morning hours while the sun was still rising, I drove to a quiet location to write. Enroute, I passed a young man, significantly overweight, out jogging. He was sweating profusely. And I was inspired because of it.

His body-shape isn’t the type you’ll see on posters in the local fitness center. But here was a guy, up early on a Saturday morning, working hard to change his life while most of my neighbors were still sleeping.

Last week, a colleague of mine led a funeral for a friend who had recently died of a drug overdose. The deceased was a young man who had been born addicted to heroin.

Through no fault of his own but because of the actions of his mother, he waged war against addiction every day of his life. Some days, he won. Some days, he lost. In the end, it took his life.

As my colleague shared his story, he summed it up this way:

Our lost friend will, unfortunately, be remembered by most as a drug addict. But that’s not the man I knew. Quite the opposite in fact. I will remember forever my friend as the man who fought endlessly against an addiction unfairly passed onto him. I will remember him as a man who worked hard to make the most of a bad situation.

Our world loves to glorify beautiful people. We look up to and praise those who have seemingly accomplished much in visible measures. We lift up as role models and examples those who excel in sports, write books, own the stage, or excel in business and politics. And I don’t want to look down on those accomplishments and those examples, there is much we can learn from them.

But let’s face it: Life can also be messy. And not everybody gets to live in the limelight as one of the beautiful people. Some people find themselves struggling to just tread water through very difficult circumstances.

Sometimes, the trials we face in life are a result of our own doing. Sometimes they are a result of a wrong committed against us. But there is little doubt we are surrounded by people facing unfair circumstances in every direction we look.

And many of them, those fighting to make the most of it, deserve our respect and our praise. But they are often overlooked by a society that often praises all the wrong measures of success.

So allow me today… in my own small little way… to recognize those of you who are working hard to make the best of a bad situation. We see you and we applaud you.

Here’s to those of you raising kids without the support of a responsible partner.

Here’s to those of you striving to overcome the cycle of poverty or addiction in your family.

Here’s to those of you working two jobs to provide your children with more opportunity than you had growing up.

Here’s to those of you working to change the unhealthy habits that have defined your life for too long.

Here’s to those of you who have been treated unfairly in the workplace and are working hard to start again.

Here’s to those of you battling a disease that seeks to destroy your body.

Here’s to those of you caring faithfully for a loved one who is nearing the end.

Here’s to those of you who have been knocked down by life, but are staggering to get back up.

We see you and we applaud you.

Not only that, we also thank you. Thank you for inspiring us. And thank you for working hard to make life better—not just for yourself, but for those closest to you. We need more people like you in our world.