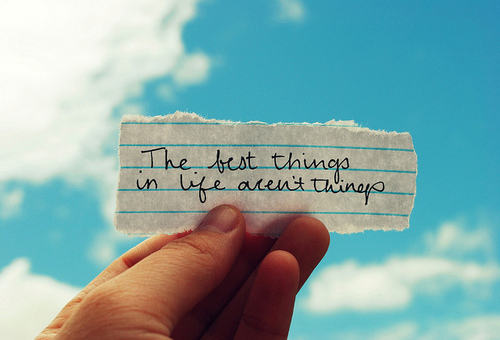 According to a survey by the Simplicity Institute, an organization that surveyed 2,500 people across various countries who self-identified themselves as living with fewer possessions, 87 percent of respondents indicated they were happier now than when they owned more possessions.

This may sound contrary to everything we’ve been told growing up. But when we begin to consider the benefits of living with less (less debt, less stress, less cleaning), it begins to make sense why these statistics would hold true. Happiness is not found in owning as many possessions as possible; it’s found living life consistent with your greatest passions.