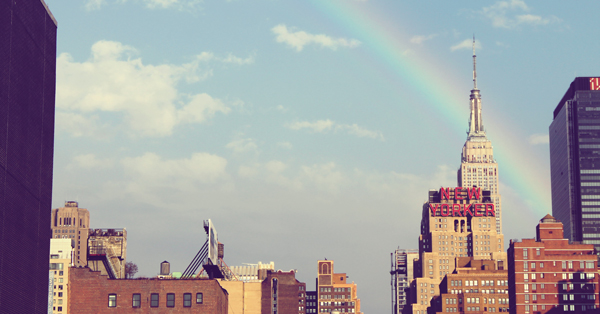 Most of us know we own too much stuff. We feel the weight and burden of our clutter. We tire of cleaning and managing and organizing. Our toy rooms are messy, our drawers don’t close, and our closets are filled from top to bottom. The evidence of clutter is all around us.

Today, data is constantly being collected about our homes, our shopping habits, and our spending. The research is confirming our observation: we own too much stuff. And it is robbing us of life.

Here are 21 surprising statistics about our clutter that help us understand how big of a problem our accumulation has actually become.

2. The average size of the American home has nearly tripled in size over the past 50 years (NPR).

3. And still, 1 out of every 10 Americans rent offsite storage—the fastest growing segment of the commercial real estate industry over the past four decades. (New York Times Magazine).

4. While 25% of people with two-car garages don’t have room to park cars inside them and 32% only have room for one vehicle. (U.S. Department of Energy).

5. The United States has upward of 50,000 storage facilities, more than five times the number of Starbucks. Currently, there is 7.3 square feet of self storage space for every man, woman and child in the nation. Thus, it is physically possible that every American could stand—all at the same time—under the total canopy of self storage roofing (SSA).

6. British research found that the average 10-year-old owns 238 toys but plays with just 12 daily (The Telegraph).

8. The average American woman owns 30 outfits—one for every day of the month. In 1930, that figure was nine (Forbes).

10. While the average American throws away 65 pounds of clothing per year (Huffington Post).

11. Nearly half of American households don’t save any money (Business Insider).

13. Some reports indicate we consume twice as many material goods today as we did 50 years ago (The Story of Stuff).

14. Currently, the 12 percent of the world’s population that lives in North America and Western Europe account for 60 percent of private consumption spending, while the one-third living in South Asia and sub-Saharan Africa accounts for only 3.2 percent (Worldwatch Institute).

15. Americans donate 1.9% of their income to charitable causes (NCCS/IRS). While 6 billion people worldwide live on less than $13,000/year (National Geographic).

18. Women will spend more than eight years of their lives shopping (The Daily Mail).

19. Over the course of our lifetime, we will spend a total of 3,680 hours or 153 days searching for misplaced items.The research found we lose up to nine items every day—or 198,743 in a lifetime. Phones, keys, sunglasses, and paperwork top the list (The Daily Mail).

20. Americans spend $1.2 trillion annually on nonessential goods—in other words, items they do not need (The Wall Street Journal).

21. The $8 billion home organization industry has more than doubled in size since the early 2000’s—growing at a staggering rate of 10% each year (Uppercase, note: link no longer available).

The numbers paint a jarring picture of excessive consumption and unnecessary accumulation. Clearly, many of us have far too much stuff.

Fortunately, the solution is not difficult. The invitation to own less is an invitation to freedom, intentionality, and passion. And it can be discovered at your nearest drop-off center.

For more helpful tips, here’s an article filled with tips on how to declutter your home. You can also use our Decluttering Checklist to keep yourself organized and focused.

For a complete lifestyle change that will prevent clutter from coming back into your life, learn more about simple living from this article on minimalism.