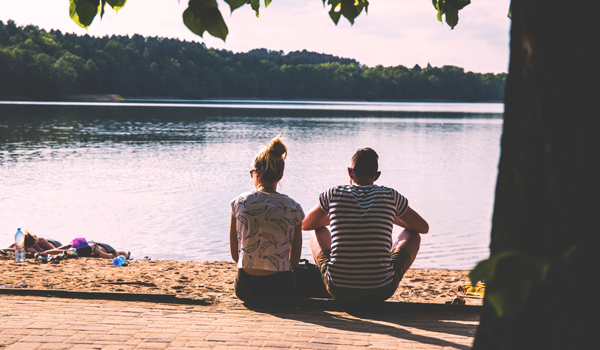 Nearly 40% of millennials overspend to keep up with friends, according to a recent survey.

Digging deeper into the numbers, 73% of those who went into debt to keep up with their friends typically keep it a secret. And two-thirds of respondents feel buyer’s remorse after spending more than they had planned to on a social situation.

Those are important insights on millennial spending habits. Of course, this is not unique to any one generation.

According to Stephanie M. Tully and Eesha Sharma, researchers and co-authors of Context-Dependent Drivers of Discretionary Debt Decisions: Explaining Willingness to Borrow for Experiential Purchases, this is not a millennial-specific phenomenon. As they said, speaking of overspending to keep up with friends, “We actually don’t see any differences across age in our data. It seems to be just as pronounced among older generations as younger generations.”

Interestingly enough, and vitally important to point out, this is also not a socioeconomic phenomenon. You cannot outearn this temptation.

According to Robert Frank in his 2007 book, Richistan, “20 percent of households with between $1 million and $10 million in assets in 2004 spent all their income—or more—in a frantic race to keep up with their newfound friends: those with more money than them.”

Regardless of generation and/or net income, the temptation to overspend in an effort to keep up with our friends and their spending habits is common to all of us. No doubt, many of you have felt the same temptation in your own life.

How then, do we overcome this temptation?

Here are 8 Helpful Steps to Stop Overspending With Friends

1. Set your budget. Or better yet, create a spending plan. Be very specific on the amount of money you set aside for dining, experiences, and travel per month. Then be vigilant in keeping it.

2. Keep in mind the big dreams you have for your life. When creating your budget above, remember that your budget is not a restrictive device. Just the opposite, your budget is a roadmap to the life you desire: free from debt, financially focused on your values and most cherished pursuits.

3. Be honest to your friends. Surprisingly (or maybe not surprisingly), some of your friends feel the same way you do. According to the same survey, 36% of respondents doubt they can keep up with their friends for another year without going into debt, but nearly 30% don’t feel comfortable being the one to say “no” when one of their friends suggests an activity they can’t afford. Break the trend in your friendship group by being the one to initiate the conversation.

4. Look for cheaper alternatives while out with friends. Of course, entirely changing your friends (or hoping to change your friends’ interests) is not the only option. The next time you are out, look for less expensive alternatives: rather than ordering an expensive meal on the menu, order something more reasonably priced; skip the snacks and drinks at your next movie; or order a cheaper drink at the club.

5. Cut costs elsewhere. If spending time with friends and having the financial margin to do so is important to you, look for other spending areas in your budget that can be cut: buy less clothing, don’t upgrade your phone, pack your lunch for work. Minimalism is the intentional promotion of the things we most value by removing anything that distracts us from it. If applying minimalism in one area frees up more money to be spent with your friends, then that’s exactly the point of it.

6. Be clear on your reasoning. When speaking openly and honestly with your friends, also speak in clear, reasoned terms. Share with them why you want to spend less. Is staying out of debt important to you? Are you working hard to pay off a student loan or build up an emergency savings fund? Maybe generosity is something you want to leave space for in your life? Be clear that your reasoning isn’t just “I don’t have enough money,” there is usually a deeper reason and motivation behind it.

7. Suggest less expensive ideas. Friends spend time together—this is true. But that doesn’t mean everything they do together needs to cost a lot of money. Sometimes it just takes someone to offer up some less expensive ideas: Frisbee in the park, an afternoon on the beach, a hike, or a Redbox rather than a theater.

8. If you lose them, it’s okay. I understand the fear that if you don’t keep spending the money to be with your friends, they might stop being your friends. And that may be the case. But ask yourself, if that’s true, isn’t it eventually going to happen anyway? Can you keep overspending and going into debt indefinitely just to be with them? Of course not. At some point, something will need to change—either how much money they spend or how much money you spend.  Besides, if you need to spend lots of money in order to impress your friends, you probably need new ones.

9. Remember, there will be other opportunities. One thing I know to be true of life, it goes on. Opportunities come and opportunities go. And sometimes bypassing an opportunity today means I can enjoy a different one tomorrow—when I’m in a better stage of life financially. Taking a step back from overspending to keep up with your friends doesn’t mean you’ll never be able to spend money with friends. Just the opposite. It’ll help put you in a more financially stable place, so you can do even more of it in the future.

Having friends doesn’t mean you have to go broke. You can have both friends and money. It just might take some intentional decisions to get there.