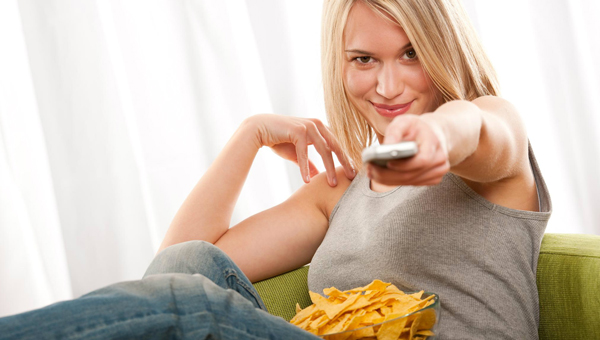 “TV will never be a serious competitor for radio because people must sit and keep their eyes glued on a screen; the average American family hasn’t time for it.” – Author Unknown, from New York Times, 1939

Life is meant to be lived, not watched. To get started living your own life rather than watching others live theirs, consider its impact on your life.

1. It is influencing your worldview. Anybody who has ever been a policeman, a lawyer, a psychiatrist, an ER doctor, or an FBI agent will attest to the truth that television does not accurately portray their life. In almost all aspects, television rarely depicts the world and life accurately. Too much television results in disillusionment about what to expect from the world around us. This can most commonly be seen in people’s expectations of love, romance, and sexuality.

3. It is taking you away from the real people all around you. The characters on television are not real. They are thought up in an office building and given life on a piece of paper. In contrast, you are surrounded every day by real people living real lives. These real people are facing real problems. They need you. And you need them. Limit your kids’ screen time.

4. It is robbing you of precious mental energy. When your television is on, your concentration is held hostage. Your mental energy is drawn into the screen and your ability to control it is given up.

5. It is costing you money. Americans spend over $6 billion per year just paying for the electricity to power their television sets. Add in the cost of cable/satellite bills, dvd’s, movie subscriptions, peripherals … and we’re starting to talk about real money.

6. It impairs your capacity for rational thought.  TV oversimplifies reality. It presents subjects in a matter of minutes and everything is nicely wrapped up at the end. This harms clear thinking by conditioning you to expect that most problems have a simple, clear solution that can be implemented in 60 minutes or less.

7. It is bad for your health. Numerous studies draw direct parallels between excessive television watching and obesity.

8. It results in less satisfaction with life. According to the Journal of Economic Psychology, TV viewers report lower life satisfaction, higher material aspirations, and more anxiety.

9. It results in less sex. Couples who keep a TV in the bedroom have sex half as often as those who don’t. And if you ask me, that should be reason enough.

10. Its opportunity cost is too great. The average American watched an average of 5.1 hours of television per day in 2009. That’s time you could have spent exercising, eating a meal together, entertaining, enjoying nature, meditating, enjoying a hobby, reading a book, or fulfilling a dream.