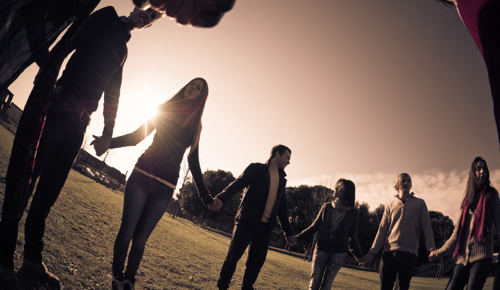 “We need a variety of input and influence and voices. You cannot get all the answers to life and business from one person or from one source.” – Jim Rohn

I have always loved hearing how minimalism works itself out in many different ways through many different lives. I love hearing how the idea of living with less is being embraced by others who, in turn, find more opportunity to live the life they always wanted because of it. And I always enjoy hearing the background stories of others who have intentionally made the same decision.

Because of that, I used the Becoming Minimalist Facebook page to conduct a fun, short, nonscientific survey concerning people’s different experiences throughout the beginning of their journey to minimalism. Hearing their wide variety of answers reminds me why I continue to love minimalism and will continue to inspire others to realize the simple truth that there is more joy in pursuing less than can be found in pursuing more.

I hope you enjoy some of the highlights too:

1. How were you first introduced to the lifestyle of intentionally living with less (minimalism)?

2. What was the first book that you found specifically helpful in your decluttering/minimizing journey?

3. When you first began minimizing/decluttering your home, where did you start?

4. When you began minimizing your possessions, what was the first emotion you remember experiencing?

5. After beginning the decluttering/minimizing journey yourself, who is the first person you remember inspiring to do the same? And how did it happen?

And if you haven’t already, I invite you to join the Becoming Minimalist Facebook Fan Page for more conversation, motivation, and inspiration.