i had an opportunity to view the project 90: “waste not” – song dong exhibition at the museum of modern art in new york city today.  the exhibit is beautiful, amazing, and tragic all at the same time.

the artist, song dong, from beijing, erected his room-filling installation covering 3,000 square feet. it is his parents’ house, which fell victim to urban planning in China and was now being reconstructed together with its entire inventory in the atrium.

‘waste not’ – ‘wu jin qi young’ in chinese – describes the philosophy of life of an entire generation of ordinary people in china who grew up with the experience of war, expulsion, starvation and constant shortages of goods.  song dong’s father and mother belong to this generation. and one can imagine all the things that have accumulated in her house over the decades. when his father died in 2002 and his mother was filled by despair as a result, song dong turned to art as his last hope. by helping with his art, his mother was gradually able to shake off her sorrows.’ the two of them worked together on the concept for ‘waste not’. this not only helped his mother to work through her problems, but also to emancipate herself from a household that was growing out of control.

the installation includes the house itself and its entire inventory: countless cups, pots, basins, folded and piled up shirts, buttons, ballpoint pens, bottle caps, bags, tubs, toothpaste tubes, neckties, 10-liter oil flasks, handbags, skipping ropes, stuffed animals, and dolls. sorted by type, the materials are lined up alongside one another, forming a miniature cityscape that viewers can navigate around and through. 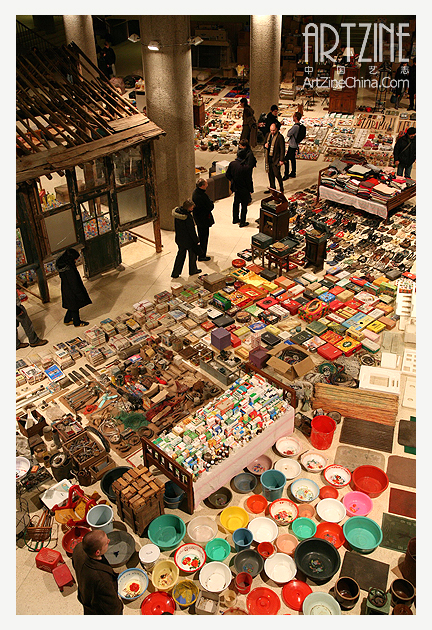 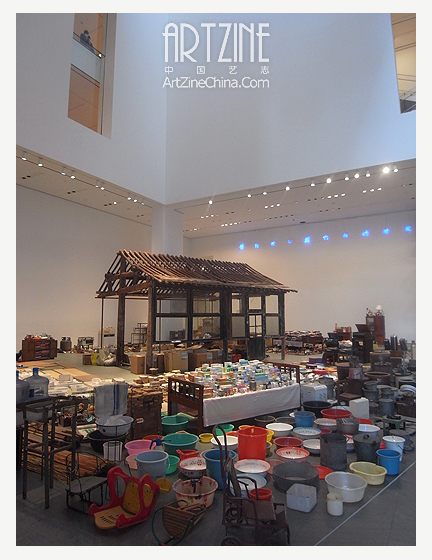 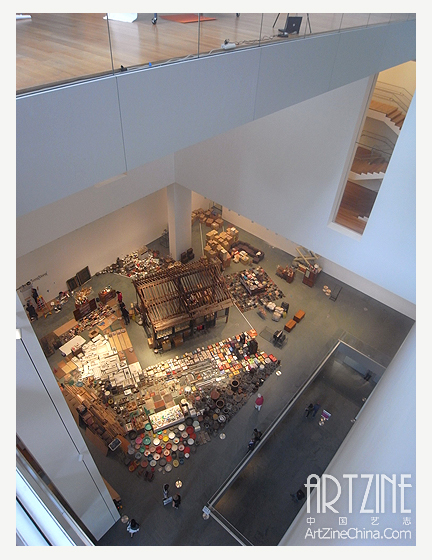 here is how on commentator described it: “the entire construction becomes an artefact; he creates multilayer archives full of obsolete chinese products and manifestations of past living conditions.”

song dong confesses the necessity of his father’s and mother’s desire to “waste not” because of the difficult political conditions when they were being raised.  however, he freely tells the onlooker how the accumulation of stuff was suffocating to him and his sister.