Editor’s Note: This is a guest post from Brian Gardner of No Sidebar. 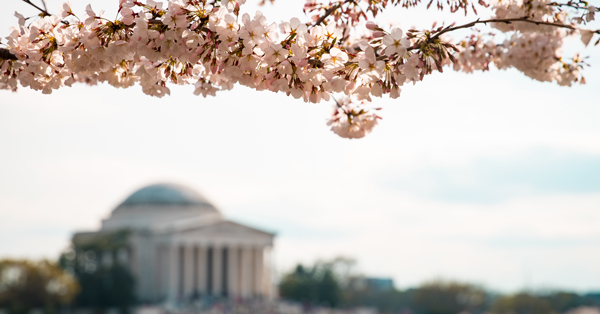 There’s a memorable scene from Hamilton—the wildly successful Broadway musical depicting the life of founding father Alexander Hamilton. It goes like this: It is 1776 and General George Washington and the Continental Army are about to be driven out of New York City by 32,000 British troops who have landed in New York harbor. It is the first battle of the Revolutionary War and much is at stake. Overwhelmed, overworked and overextended, an exasperated Washington concedes he is “outgunned, outmanned, outnumbered, and outplanned.”

Can you relate? For you, it might be the War of More. Every day, its armies land on our doorstep, checkbook, calendar, digital devices, or whatever.

Or maybe it’s a different battle you face. We are regularly:

However, Washington is smart enough to know what he needs. He quickly snaps to it and announces: “We gotta make an all-out stand … and I’m gonna need a right-hand man.” For Washington, Alexander Hamilton is that right-hand man. As Washington’s chief aide, Hamilton clears the clutter, noise, and distractions so the Commander in Chief can focus on what matters most—winning the war.

Like Washington did, we too can take a stand and maximize the principles of minimalism to counter-attack with “less.” And when we do, it is amazing to discover how little we actually need to be happier, more content, and less stressed.

Minimalism is our right-hand man (or woman). We won’t win without taking full advantage of it. To quote my friend, Joshua Becker: “At its core, minimalism is the intentional promotion of the things we most value and the removal of everything that distracts us from it. It is a life that forces intentionality. And as a result, it forces improvements in almost all aspects of your life.”

There are multiple battlefronts upon which we can wage this war. The strategy will be unique for each of us based on personal circumstances. For some, it may be decluttering a house or simplifying a wardrobe. For others, it is a journey to live debt-free. What counts is that we pick a place to start, and as Joshua hints, stay intentional.

Here are three battlefronts I’ve recently waged or am in the thick of right now:

Calendar: Start with the Big Rocks

In his book First Things First, the late Dr. Stephen Covey made the notion of “Big Rocks” famous. Big Rocks are the things that are most important to us: A project we’d want to accomplish, more time with family, getting fit, an education, finances—you name it.

His point is this: Unless you prioritize them on your calendar, you’ll be hard-pressed to accomplish them. As virtual mentor Michael Hyatt says, “what gets scheduled, is what gets done.”

There’s a ton of content warning parents about the dangers of too much screen time for kids. It damages our brain, triggers addictive behavior, inhibits social skills, and takes eyeballs away from meaningful connection. But what about adults? We’re just as bad. When our eyeballs are constantly glued to our phones, tablets, gaming devices, or televisions, what are we modeling for the ones we love?

I recently heard a quote that landed for me when I apply it to screen time: “Our kids will hear what we say, but they’ll believe what we do.” Here are some simple strategies on limiting screen time and setting examples.

The square footage of my house, its amenities, or our zip code aren’t that important to me. What matters most to me is that our home is a warm, inviting place where I can grow closer to my family and friends. If we’re honest and humble, most of us can manage just fine living in a smaller home that meets our needs but doesn’t break the bank or add undue stress. We are actively making changes in our life to account for this.

There are financial and emotional advantages to moving into a smaller home: Less time, money and stress spent on upkeep and paying the mortgage or rising property taxes. More time and money to grow closer to those you love and do the things you love.

Washington lost that first battle in New York. But he persevered to win the war. So, I encourage you to take a stand. Call in Minimalism as your right-hand man. Pick a battle to fight. Stay intentional. And, once you’ve won that battle—go after another. Before long, the tide will turn and you’ll claim what you’ve been fighting for.

No Sidebar is a collaborative blog about minimalism, simple living, and happiness. You can sign up for their free weekly newsletter for inspiration and encouragement in your journey toward a simpler life.